A herniated disc is a relatively common condition that can occur anywhere along the spine, but most often affects the lower back or neck region. Also known as a slipped disc or ruptured disc, a herniated disc develops when one of the cushion-like pads between the vertebrae moves out of position and presses on adjacent nerves.

Herniated discs are typically caused by overuse injuries or trauma to the spine; however, disc conditions can also develop as a result of the normal aging process. It is also known that there is a genetic factor that contributes to the development of disc degeneration and herniated discs. 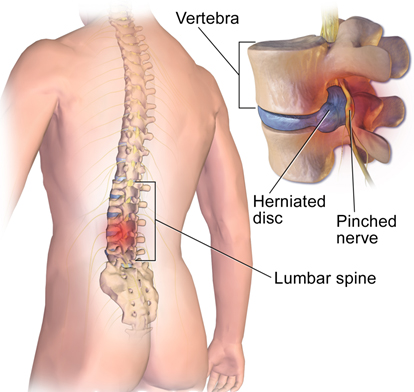